COVID-19 ADVISORY: For East Malaysia Customer, We are currently experiencing disruptions in delivery & transport due to reduced flight availability. Please expect your parcels after 4-9 working days. We thank you for your patience and sorry for inconvenience caused.
Home     Product     Sony RX0 Mark 2 Camera + VCT-SGR1 Shooti...
Promotion

Sony has worked wonders with the Cyber-shot DSC-RX0 II, creating a premium, ultra-compact, and tough camera with an outstanding feature set for both stills and video. This form factor makes it ideal for travel and everyday life while the 15.3MP 1" Exmor RS stacked CMOS sensor and BIONZ X image processor ensure your images are of the highest quality. Also, this model offers internal UHD 4K30 video recording, electronic image stabilization for movies, and a 1.5" 230k-dot 180° tilting LCD that is perfect for selfies and vlogging. Beyond that, the RX0 II can handle adverse conditions with ease, being waterproof to 33', dustproof, crushproof to 440 lb, and shockproof to 6.5'.

Image quality is of the utmost importance, and the relatively large 1"-type sensor benefits from a stacked architecture and dedicated DRAM chip that dramatically speeds up processing and performance. Tied into this system is the BIONZ X processor, enabling outstanding low-light performance with sensitivities up to ISO 12800 as well as continuous shooting at 16 fps and support for Eye AF in select modes. The fast sensor readout also improves rolling shutter and speeds of up to 1/32000 second. Benefitting this imaging system is a ZEISS Tessar T* 24mm equivalent f/4 lens that ensures minimal distortion, excellent sharpness, and a minimum focus distance of just 7.9".

All this technology makes the RX0 II a stellar video camera, too, as it offers internal UHD 4K30 video along with Picture Profiles, including the advanced S-Log2 gamma. Users looking for the best can still output an uncompressed and clean 4:2:2 4K image over HDMI as well as benefit from the camera's 3.5mm microphone input for improved audio capture. The RX0 II has electronic image stabilization for steady handheld footage. Full HD video at up to 120 fps is available as well, though a High Frame Rate or HFR Mode will enable super slow-motion capture at up to 960 fps in NTSC or 1000 fps in PAL. Additionally, interval recording is possible for creating time-lapse movies.

Taking things a step further are the RX0 II's advanced connectivity options. Built-in Wi-Fi and Bluetooth allow for remote control and image transfer to a mobile device via the Imaging Edge Mobile app. This setup can operate multiple RX0 II cameras at once. The camera also benefits from other optional accessories that allow the RX0 II to be integrated into advanced configurations with up to 100 cameras.

15.3MP 1" Exmor RS Stacked CMOS Sensor & BIONZ X Image Processor
Squeezed into that pocketable and rugged frame is a large 15.3MP 1" Exmor RS stacked CMOS sensor with dedicated DRAM chip. By integrating the DRAM so tightly with the sensor, Sony was able to dramatically speed up read times, allowing an anti-distortion shutter at up to 1/32000 second, a wide dynamic range, and sensitivities that range from ISO 80-12800. Working with this sensor is the BIONZ X image processor which ensures images are captured with a wide dynamic range, reduced noise, and natural-looking colors. Eye AF is supported now, and the RX0 II can shoot full-resolution stills continuously at up to 16 fps. The contrast-detect AF system will operate in single-shot AF, preset focus, or manual focus.

ZEISS Tessar T* 24mm f/4 Lens
Integrated into the body of the RX0 II is a ZEISS Tessar T* 24mm equivalent f/4 lens. These optics are optimized to capture high-resolution images with minimal distortion and high sharpness. It also sports a minimum focus distance of 7.9" for versatility and can work with Clear Image Zoom to provide a 2x digital zoom with a minor loss in quality. Additionally, ghosting and flare is well controlled and a coating on the front of the body makes it easy to clean water drops and dust.

UHD 4K Video Recording & S-Log2 Gamma
Another benefit of upgraded processing in the RX0 II is the ability to record UHD 4K30 video internally to a memory card and Full HD at up to 120 fps. These videos are recorded with full pixel readout of the sensor and no pixel binning, meaning that about 1.7x the data required for 4K resolution is captured and down sampled to produce higher-quality footage. It will record footage in the high-quality XAVC S format at up to 100 Mb/s for ensuring excellent detail in your final recordings.

For advanced filmmaking, the RX0 II offers shooters Picture Profiles, including the S-Log2 gamma, for additional control over the look of your final images and the ability to capture video with a wide dynamic range to be edited in post. Electronic SteadyShot image stabilization is available as well for steady handheld operation. Another function supported by the system's advanced processing is an HFR or High Frame Rate Mode. This will allow users to capture extreme slow motion at up to 960 or 1000 fps for NTSC or PAL, respectively. Quality Priority Mode can be used when resolution is critical to record up to HD at 240 or 250 fps. A helpful option for HFR is an end trigger function so you can record the 2-4 seconds prior to the shutter being pressed so you don't miss the shot.

Users looking to integrate the RX0 II into a professional workflow can benefit from the camera's uncompressed and clean HDMI output via a micro-HDMI port and the 3.5mm microphone input for connecting audio equipment. The camera is also equipped with MF Assist and Peaking functions to help make sure your subject is in focus. And interval recording is available for creating time-lapse movies.

Rugged, Pocketable Body Design and Connectivity
Core to the RX0 II's identity is a durable extra-super-duralumin body with a sleek exterior. Measuring just 2.4 x 1.6 x 1.4" and weighing just 4.7 oz, this camera is extremely portable and can be used in the tightest locations. Added in this model is a 1.5" 230k-dot 180° tilting LCD, allowing for easier selfies and vlogging. The screen can tilt downward 90° for additional flexibility when shooting at different angles. In terms of toughness, the RX0 II is waterproof to 33', shock resistant to drops from up to 6.5', and crushproof to 400 lbf, as well as dustproof.

Wireless Connectivity and Multi-Camera Setups
Built-in Wi-Fi and Bluetooth connectivity can be used to access more features via a connected mobile device. The Image Edge Mobile app will support remote control of the camera and can even control multiple RX0 cameras at the same time. Bluetooth can be used for remote power on/off and recording location data. A Movie Edit add-on can also be used to transfer videos to your mobile device and will provide automatic image stabilization and reframing for various social media networks.

Various accessories will amplify the RX0 II shooting experience. Shooting grips, mounts, and imaging tools can help ensure the best handling and image quality for your setup. Also, the RX0 II is a great choice for multi-camera installations. It can be easily used in a dual-camera shooting setup with the optional VMC-MM2 Release Cable or can be combined with the separately available CCB-WD1 Camera Control Box for working with up to 100 RX0 II cameras simultaneously. 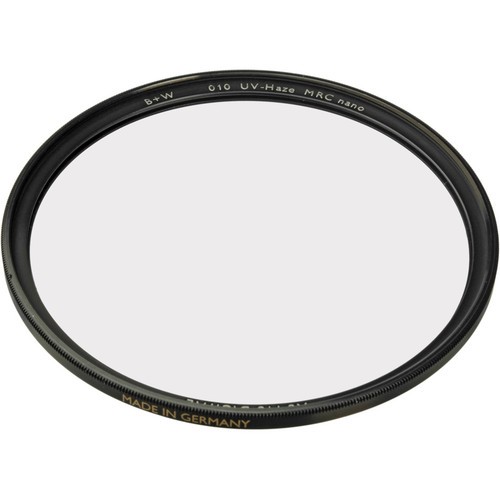 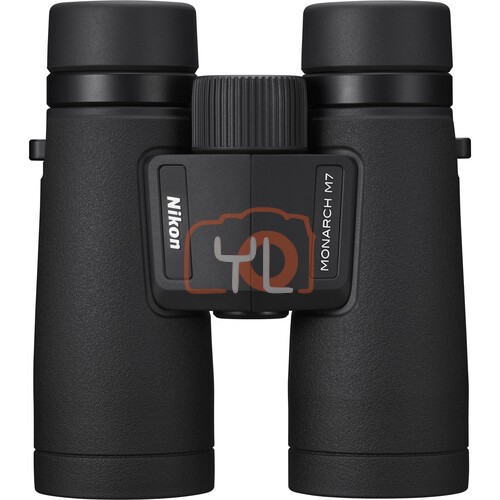 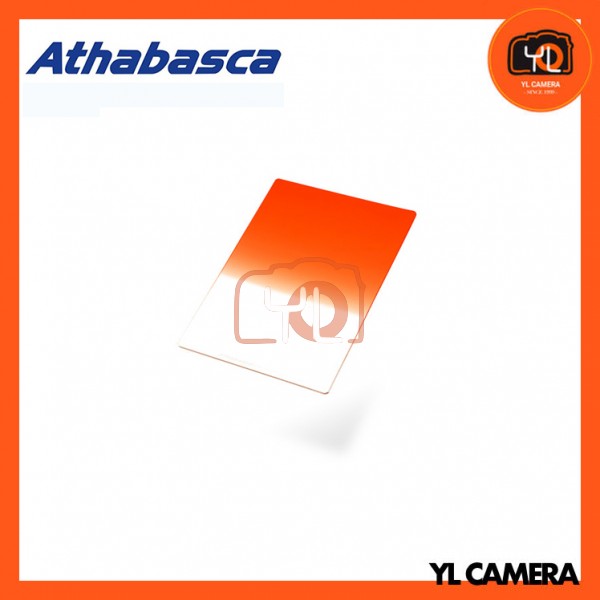 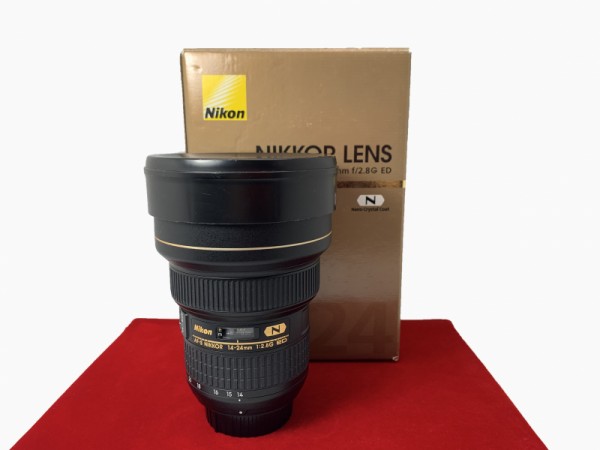