COVID-19 ADVISORY: For East Malaysia Customer, We are currently experiencing disruptions in delivery & transport due to reduced flight availability. Please expect your parcels after 4-9 working days. We thank you for your patience and sorry for inconvenience caused.
Home     Product     Blackmagic Design HyperDeck Shuttle HD
Pre-Order 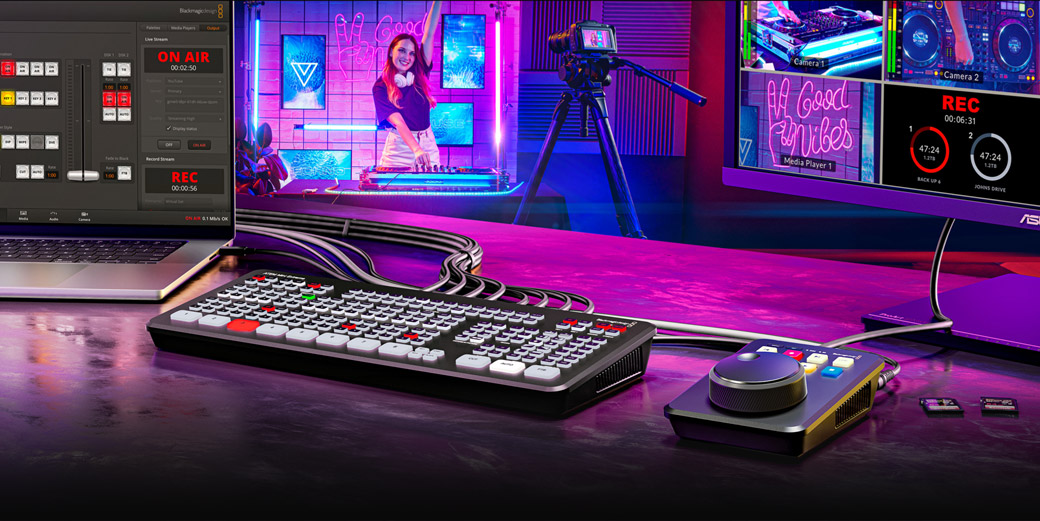 HyperDeck Shuttle HD is a recorder and player that's designed to be used on the desktop! That means it's more than a master recorder as it can also be used as a clip player. The large search dial is perfect for scrolling through lots of media to find the clip you want to play. You get support for ProRes, DNx and H.264 files in NTSC, PAL, 720p and 1080p video formats. The HDMI connections allow connection to switchers, cameras and monitors. Plus SD cards, UHS-II cards and USB-C external disks can be used for recording and playing media. HyperDeck Shuttle HD uses the same design as ATEM Mini Extreme, so it's a perfect combination to use as a media player. It even has a built in teleprompter!

HyperDeck Shuttle HD is perfectly designed for the desktop. This means the front panel can be operated with a single hand! The gentle angle allows your hand to rest on the search dial, and the control buttons are positioned under your fingertips. The design is the same depth and angle as ATEM Mini Extreme, so they match perfectly when used together! Scrolling media is fast as the machined metal search dial has a natural inertia, and the soft rubber surface feels nice to the touch. That's perfect when you're searching through lots of media. Plus, the buttons are the same design as traditional broadcast decks. The rear panel includes all video, power, network and control connections.

With support for H.264, ProRes and DNx files, you can record true broadcast masters! You can even select between PCM or AAC audio. That's perfect for higher quality mastering when used with ATEM Mini switchers. You get everything needed to send shows to broadcasters and for uploading to YouTube.

HyperDeck Shuttle includes a control panel that's very fast to use. The buttons are similar to a traditional broadcast deck. Simply press the record button and you instantly start recording the video input to a file! It will record in the file format that has been set in the record menu. There are other buttons for playback, to cue to the start of the clip and to move to the next clip. The buttons have been custom designed by Blackmagic Design for the highest quality. The large machined metal search dial supports shuttle, jog and scroll so you can find clips fast. Plus all deck control functions can be triggered remotely using the Ethernet network. 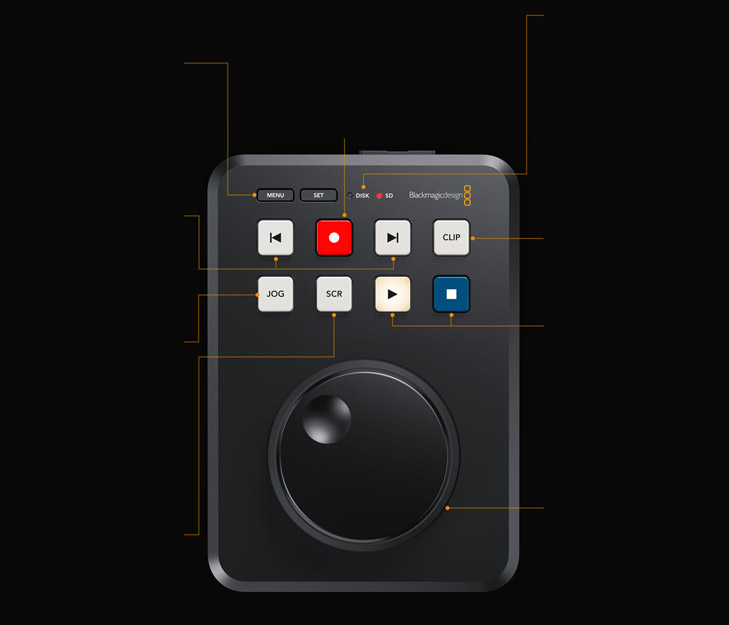 When pressing the menu button, the settings menu will appear overlaid on the video output. The button is recessed so it's not accidentally pressed! This menu is where you set the record codec.

The record button starts recording in the codec set in the record menu at the HDMI input television standard. It makes recording as easy as pressing a button! This button is also an input switch.

The media status lights show the status of the SD card and USB media disks. The lights are red when recording and green when playing back. The stop button will flash when the disks are almost full!

Next and Previous Clip

The previous and next clip buttons make it fast to move up and down clips. You can use the previous clip button to cue to the start of the current clip. That ensures the clip is ready to play on air.

The jog button allows a slow scroll, perfect when cueing to a specific frame. Press both jog and scroll buttons to change the search dial to shuttle mode. Shuttle even allows slow motion replay!

The scroll lets you quickly scroll up and down large amounts of media with the search dial. This lets you browse media visually, so it's fast. Pressing scroll lets you navigate down folder levels.

The clip button allows you to play clips without running off the end to the next clip. When enabled, it stops playback at the end of the current clip. It can also be used to navigate back in scroll.

The main playback controls are play and stop. Pressing play more than once will loop playback of all clips. If the clip button is selected, play or loop play will be limited to the current clip.

The search dial makes it easy to access your media. The extremely smooth design is machined metal with dual bearings. It works with the jog and scroll buttons, or if both are pressed, you get shuttle.

HyperDeck Shuttle supports recording to common SD cards and UHS-II cards so you don't need expensive custom media. SD cards are the perfect choice for broadcast media because they are small and very affordable. Plus, you can even record to external USB disks! When using USB disks, if you use a USB hub, or Blackmagic MultiDock, you can even record on multiple disks for non stop recording! When using H.264, the files are so incredibly small you get very long recordings even on smaller low cost cards. This means you can record up to 157 hours of H.264 in 1080p59.94 on a 1 TB card. That's over 6 days of recording in HD using a single 1 TB card!

If recording to other types of media is required, the USB-C expansion port lets you plug in an external flash disk for recording. USB-C flash disks have unlimited capacity because they can be physically larger than an SD card or SSD. Plus, it's even possible to record to a disk array you'll use for editing, so you don't need to waste time copying files before starting post production. Just move the disk over to a computer and instantly start editing! You can even add a Blackmagic MultiDock 10G that has 4 separate SSD media slots, so you can add compatibility with SSD media to the HyperDeck Shuttle! There are also options for managing external disks in the settings menu. 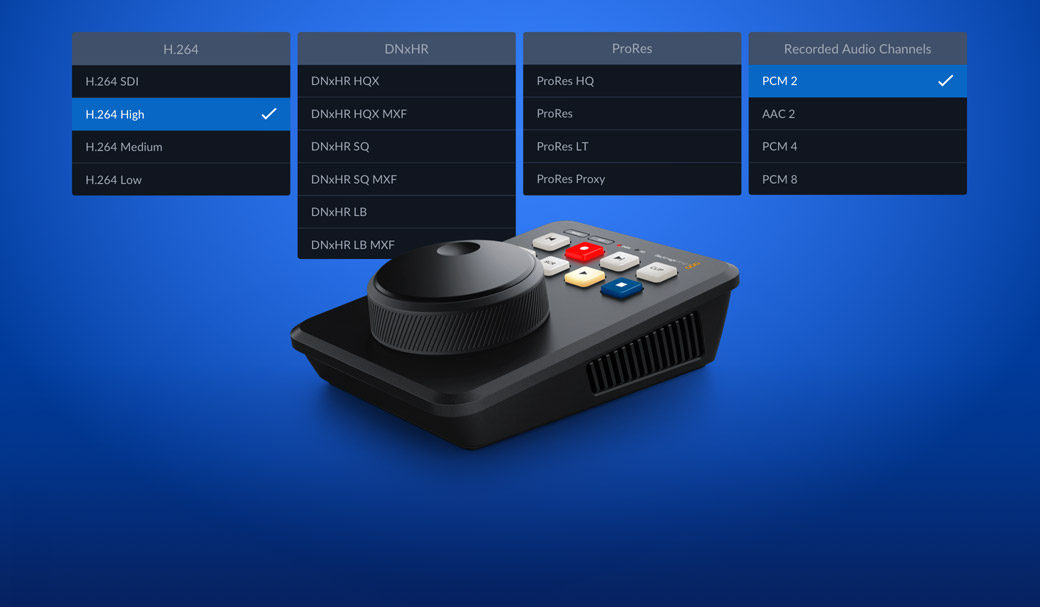 HyperDeck Shuttle HD supports the most popular codecs in use today! You get broadcast quality DNx and ProRes file formats. However you also get space saving H.264 when recording in NTSC, PAL, 720p, 1080p plus even true 1080i interlaced formats. That means you get tight 60:1 to 285:1 compression ratios for very small files at full broadcast quality. Plus you can choose uncompressed PCM audio, or even AAC audio when uploading files to YouTube. HyperDeck Shuttle HD supports both ExFAT used on Windows and HFS+ used on Mac disk formatting standards, so disks can be mounted and read on both platforms. You also get support for recording long duration events into a single video file.

HDMI In and Out

Record and play to cameras, projectors and TVs.

For such a small design, HyperDeck Shuttle has powerful connections. The HDMI input can be connected to cameras and switchers such as ATEM Mini, and the HDMI output can be connected to monitors for presentations or ATEM Mini switchers as a long form media player. Imagine playing commercials, promos or music videos into ATEM Mini switchers from HyperDeck Shuttle! The rear panel also includes a 12V DC power input and a power supply is included. The 1G Ethernet connection allows control and remote file uploads. The USB-C expansion port can be used to record to large external disks, for software updates or as a webcam output. The SD card slot supports both SD cards and UHS-II cards.

With such a large search dial, HyperDeck Shuttle HD can be used as a teleprompter! Simply change to teleprompter in the record menu and it will read standard RTF text files as scripts. You don't need weird custom software as scripts can be written in simple text editors such as TextEdit. You can move between multiple scripts with the previous and next clip buttons. If you press both jog and scroll buttons, you can live scroll the script like a traditional teleprompter! Even the size, color, font weight and alignment will be read from the RTF script file. Best of all, you can write your scripts in standard 12 point size and HyperDeck will scale them up for the prompter display automatically. 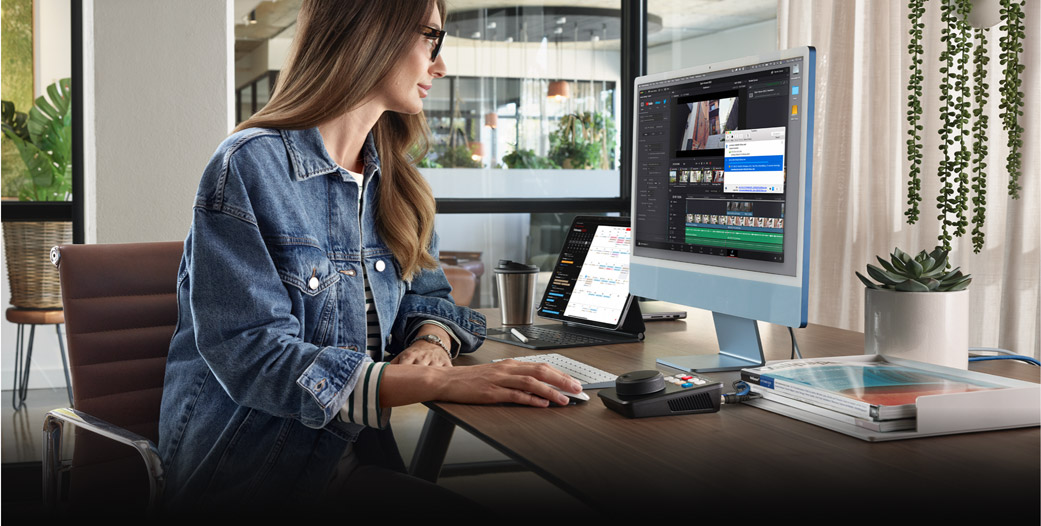 HyperDeck Shuttle allows media files to be uploaded remotely, using simple FTP client software. With 1G Ethernet built into the HyperDeck Shuttle, file transfers are very fast, and sometimes faster than the SD card media disk! For remote deck control, all models use an easy to learn text based protocol, so you can use a simple terminal app like Telnet to test control commands. Simply log into the HyperDeck and then type "play" or "record" and it will execute the command. It's that simple! If you combine the control protocol and file transfers with a HyperDeck connected to a large USB-C disk array, you get a fantastic broadcast server for ingest, media management and play out. 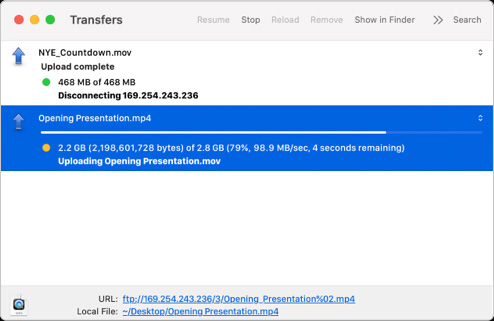 The innovative Blackmagic OS has been designed for high performance film and broadcast products and it manages all functions on HyperDeck Shuttle. Only Blackmagic OS provides instant power on, while including powerful features such as video recording, timecode, audio, menu overlays, fast networking, multi-disk media management and even localization. The menus are overlaid on the video output and include settings to customize your HyperDeck Shuttle HD, plus the menus can be changed to display in either light or dark mode! Blackmagic OS provides world leading network performance to ensure HyperDeck Shuttle HD can sustain high speed network transfers using it's 1G Ethernet connection! 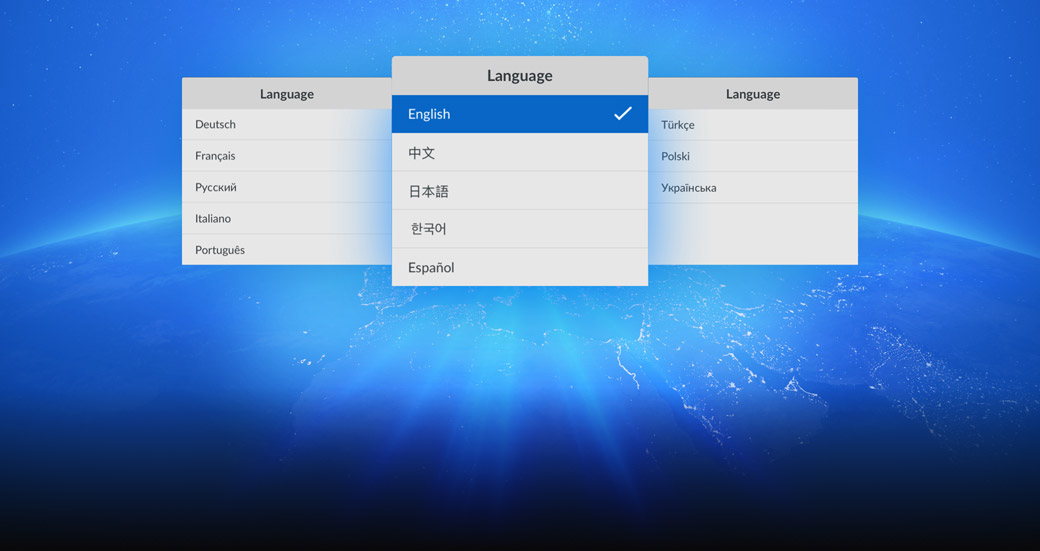 HyperDeck Shuttle HD supports multiple languages so you don't need to learn a new language just to use it! You get support for English, Chinese, Japanese, Korean, Spanish, German, French, Russian, Italian, Portuguese, Turkish, Polish and Ukrainian languages. When initially powered on for the first time, HyperDeck Shuttle HD will display a menu for selecting a language, plus you can always use the menu to change the language at any time in the future. Once a language is selected, the menus overlaid on the video monitoring output will also change to the selected language. All this means HyperDeck Shuttle is perfect for doing work anywhere in the world!

Use All VideoSoftware and Streaming Sites

HyperDeck Shuttle HD records files that are compatible with virtually all post production software. Plus if you record in H.264, you can upload files from HyperDeck Shuttle direct to streaming services such as YouTube, Facebook, Vimeo, Twitter and more! You can use popular editing software such as DaVinci Resolve, Apple Final Cut Pro, Adobe Premiere Pro or Avid Media Composer, because HyperDeck uses the same file formats used in post production. Even VFX software such as Fusion and Adobe After Effects work with the files! Because HyperDeck records to disks formatted on computers, you can simply mount the disk on any computer and start editing without needing to copy files.

There's a wide range of Blackmagic Design products you can use with HyperDeck Shuttle HD, including switchers, cameras and streaming solutions! As HyperDeck Shuttle doesn't include SSD slots, you can add a Blackmagic MultiDock 10G to use regular SSDs, allowing compatibility with media from other HyperDeck models. HyperDeck Shuttle will manage multiple disks for you! HyperDeck Shuttle is also a perfect mastering recorder when used with ATEM switchers, because it has more record formats, plus it's a fantastic clip player for adding pre recorded clips into live production. When rendering playback files in software, just use ProRes, DNx or "H.264 main profile" formats. 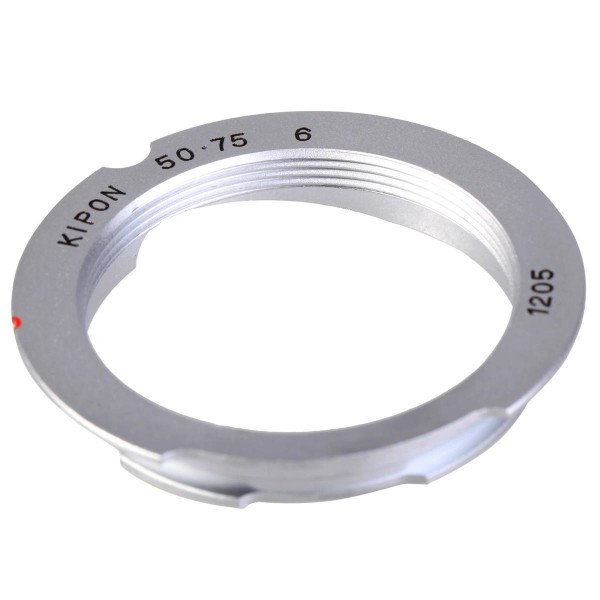 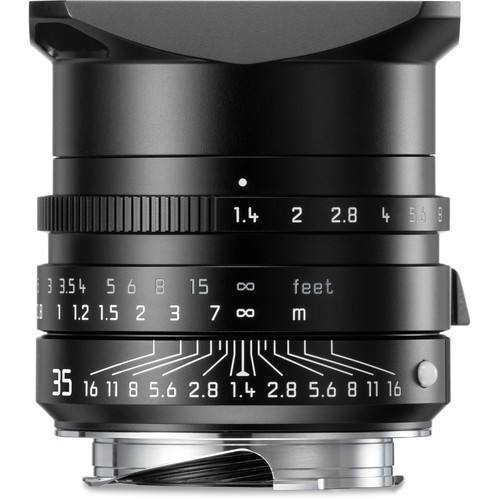 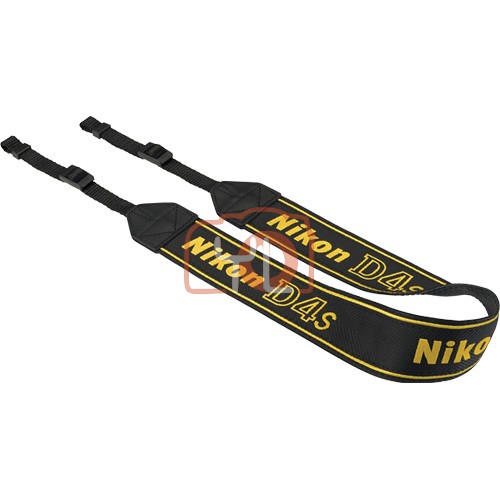 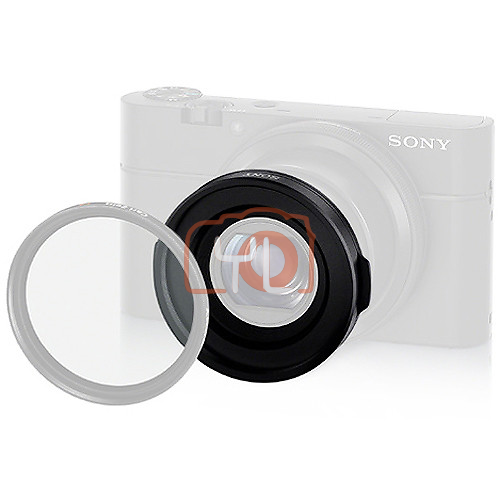