COVID-19 ADVISORY: For East Malaysia Customer, We are currently experiencing disruptions in delivery & transport due to reduced flight availability. Please expect your parcels after 4-9 working days. We thank you for your patience and sorry for inconvenience caused.
Home     Product     Sigma FP Digital Camera
Promotion

The Sigma fp Mirrorless Digital Camera delivers high-spec functionality for stills and video in an extremely compact body that weighs under one pound. Driven by a full-frame 24.6MP BSI Bayer CMOS sensor, 14-bit color depth, electronic image stabilization, and Leica's L-mount lens interface, the fp and its fully electronic shutter provide a maximum resolution for raw and JPEG files of 6000 x 4000 and a shooting rate of 18 fps, while its focus system employs contrast detection and a 49-point selection mode for AF measurement distance, as well as face detection, eye detection, and focus peaking. A base sensitivity of ISO 100-25600 can be expanded to ISO 6-102400, and its video recording capabilities allow for UHD 4K recording at up to 30p, while Full HD recording can be captured at up to 120p. For raw video data, 12-bit CinemaDNG external recording is supported. To help shooters fine tune their video content, Sigma's "Teal and Orange" mode is inspired by the color grading techniques of Hollywood and creates high contrast between orange colors, which are found in human skin tones, and teals (cyan blue), which are their complement. So that users may easily switch between still and video modes, there is a switch on top of the camera.

Also available for video shooters in a "Director's Viewfinder" function, which allows for the simulating of different angles of view and how an image looks in a cinema camera. It supports cameras such as the ARRI ALEXA LF and RED MONSTRO 8K, as well as other commonly-used digital cameras, film cameras, and anamorphic lenses.

Compose and review your shots with a 3.15" 2.1m-dot LCD touchscreen, and media is captured internally to a UHS-II SDXC card slot. Thanks to an effective heat sink and a 42-point seal for dust- and splash-proofing, the fp will function well for long hours of use in a wide variety of environments. If you need to connect to external peripherals, there is a USB 3.1 Gen 1 Type-C port and a micro-HDMI port.

Equipped with a back-illuminated, 35mm full-frame Bayer sensor with 24.6 effective megapixels, the Sigma fp is capable of taking high-resolution still and moving images.

A body covered with die-cast aluminum on the front and the back helps ensures robustness and heat dissipation while keeping the body weight light.

Designed and inspired by those used on professional cinema cameras, a large-size heat sink is mounted between the LCD and camera body. Combined with a heat dissipation coating applied to the outer surface, the Sigma fp achieves highly effective heat dissipation. It helps prevent overheating at high temperatures or in long hours of use.

Shutter shock, sound, and lags: these are disadvantages of mechanical shutters. The Sigma fp is designed to minimize them in pursuit of a system to adapt to a variety of different shooting scenes. Shooting that requires precision where even the tiniest shake is to be eliminated; shooting without ruining the ambiance of the scene; and shooting with good response, without missing your shot. These types of shooting will open unique horizons in video creation. Furthermore, the absence of a mechanical shutter makes the Sigma fp's camera structure simpler, which in turn improves its reliability as a camera.

Color grading is a process of altering the color of a video and is an important step in filmmaking that will change the "mood" of a film or other types of work. One color grade style that has been widely used in Hollywood films has inspired a new color mode introduced in the Sigma fp, called "Teal and Orange." This color mode is about creating high contrast between orange colors, which are found in human skin tones, and teals (cyan blue), which are their complement, for visuals that are highly vibrant and deeply dramatic. It can be used in both the Still mode and Cine mode.

A function formerly available only in Sigma Photo Pro, Sigma's proprietary image development software, Fill Light has now been incorporated into the body of Sigma fp. Using Fill Light allows adjustment of the brightness of an image by adding extra light energy into the shadow regions without altering the exposure of highlight regions. This provides greater control in producing an image with great details, even with areas that are hard to control using the exposure adjustment settings. The adjustment range, which was formerly ±2.0, has been expanded to ±5.0, making it possible to fine-tune the brightness even more.

The Tone Control menu now has a manual setting option in addition to the two auto options available in previous models (Strong/Mild), which allows users to adjust the tone curve by themselves. The Sigma fp also has an "effect" slider in its color mode menu. It can be used to set the strength of an effect to apply in 11 levels, from -5 to 5, which enables the fine-tuning of the color mode. Additionally, "TONE" and "COLOR" buttons allow for quick access to the tone control and color mode menus. With these enhanced functions and a variety of operation elements, the Sigma fp makes it simple and easy to create an image, in-camera with great details, be it still or video.

The HDR shooting takes advantage of an electronic shutter to take multiple pictures of different exposures (3 frames for still photography and 2 frames for video) at once, which can then be merged into a single picture or video with a greater dynamic range that could not have been achieved in normal shooting.

The HDR shooting in the Cine mode is to become available via a firmware update scheduled at a later date.

The Sigma fp comes with a feature to make "Cinemagraphs," which are animated GIFs that are a hybrid between still photography and video. With this function, the Sigma fp is capable of creating unique imagery, where parts of a still image keep moving, in-camera.

The Face/Eye Detection AF function allows the Sigma fp to focus automatically on the eyes of a human subject. It can bring the eyes of the model into focus instantly and precisely, even when shooting portraits using a large-diameter lens with a shallow depth of field.

The focus peaking function highlights the edges of the parts of a scene that are in focus in a particular color. It is designed to help focusing the lens manually.

L-Mount is a mount optimized for mirrorless cameras, characterized by a short flange focal length, large diameter, and improved durability. As an L-Mount camera, the Sigma fp can be used with various L-Mount lenses offered by Leica, Panasonic, and Sigma.

The Sigma Mount Converter MC-21 is a converter that enables the use of the Sigma SA mount and Sigma's CANON EF mount interchangeable lenses on L-Mount cameras. Use of the MC-21 increases the compatibility and broadens the choice for L-Mount cameras and lenses, thus greatly enhancing the scalability of the L-Mount system.

Aside from professional cinema cameras, the Sigma fp supports external recording in 12-bit CinemaDNG format. With up to 4K UHD recording at 24 fps, it produces video data that can be used even in filmmaking. It also supports All-I (All-Intra) recording, which makes it possible to maintain high image quality while reducing file size, allowing light data available for recording and editing.

The feature of playing CinemaDNG footage in-camera is to become available via a firmware update scheduled at a later date.

The Sigma fp has a "Director's Viewfinder" function that allows the user to simulate different angles of view and how an image looks on cinema cameras. It supports cameras by major manufacturers commonly used in filmmaking. It supports not only large format cameras such as ARRI ALEXA LF and RED MONSTRO 8K, but also film cameras and anamorphic lenses.

The Sigma fp's Cine mode comes with a variety of special functions that are comparable to those of professional cinema cameras. From shutter angle display and waveform display for exposure and color information, to zebra patterning, it comes with the functions and screen displays that can be used in the same way as with conventional cinema equipment.

Preserving the distinctive "feels" of Sigma cameras including dials and QS (Quick Set) buttons, the Sigma fp has specially-designed operation systems and displays for Still and Cine modes. At the flick of a special switch, it can move back and forth between the two modes. This presents a shooting experience that goes beyond the boundaries of traditional cameras that are designed either for stills or videos. 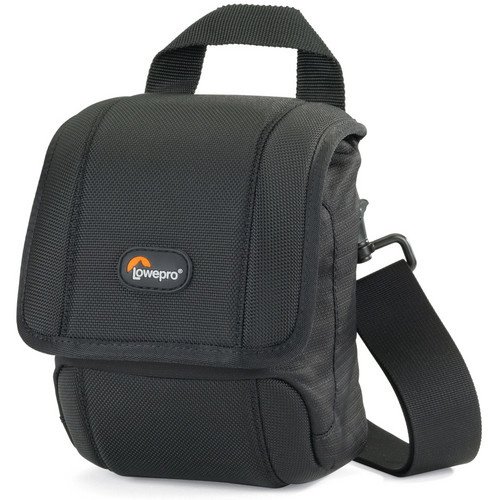 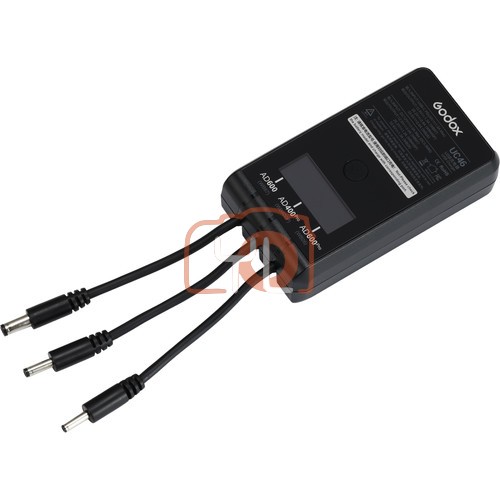 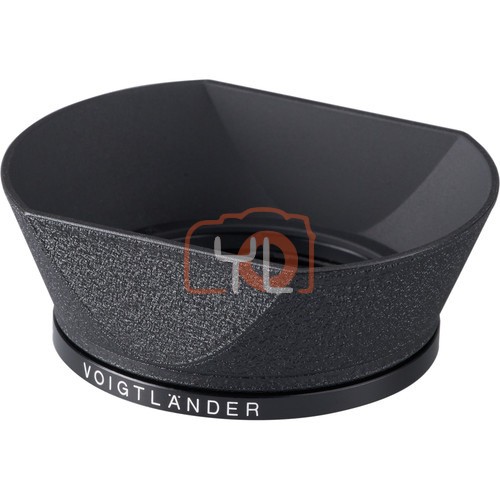 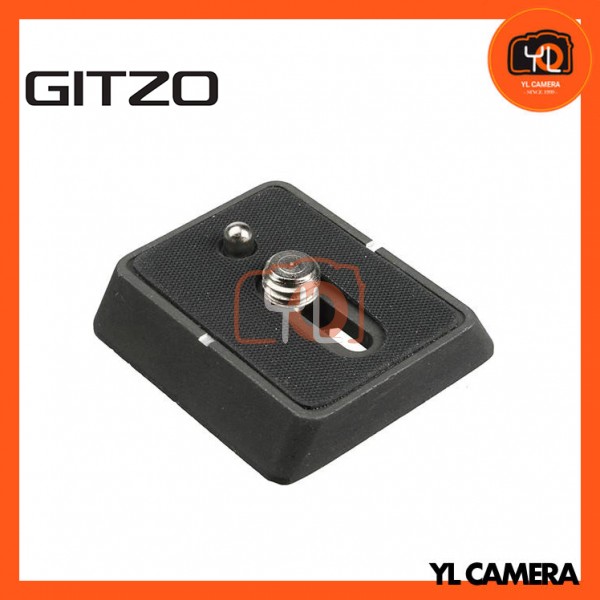